I was flicking through the movie channels yesterday when I came across the classic cult ‘Carrie’ (1976) starring a very young and terrifyingly terrific Sissy Spacek as well as John Travolta pre Saturday Night Fever fame. The flick is not only a perfect horror movie, but it ticks all the boxes for the American Film Institute criteria on what films should be selected for the prestigious Top 100 Films Of All Time List. It was a critical and box office hit, but most importantly it has lasting influence – there is not a Halloween that goes by when someone doesn’t dress up as a blood covered Carrie and most movie enthusiasts are aware of the iconic scene where she gets covered by pigs blood when accepting her prom queen win. So why did this AFI top 100 nominated movie fail to make the list?

Spacek gets her revenge in ‘Carrie’ 1976

The nineties sleeper hit may technically be a thriller/ crime movie, but there are so many elements of horror that I think it can be lumped in that category plus I was shit scared for the most of it. It’s also one of those pictures where you think you’ve seen it before because you remember all the iconic scenes like when Dr Hannibal Lecter, played by Anthony Hopkins creepily tells Clarice how he ate one of his victims. But I thought I must completely watch it from start to finish because there are some parts I can’t piece together.

After viewing the first ten minutes I was pretty sure I hadn’t seen it from the beginning. I didn’t realise that Clarice, played by the ever versatile and Oscar-winning Jodie Foster, was a rookie FBI agent who had reluctantly been persuaded by her superior to get in the mind of cannibal Dr Hannibal Lecter to help solve a case of serial killer Buffalo Bill. I’m not sure if in realty the FBI would seek help from a psychopath, it seems pretty far-fetched to me, but then again so are most horror films.

Jodie Foster and Anthony Hopkins in their Oscar-winning roles

Over the years Hannibal Lecter has a comical and somewhat camp persona, I first introduced to him when I watched the prequel Hannibal (2001) in the cinema and vividly recall the audience laughing when he murdered is victims, especially when he ate the brains off Ray Liotta whilst he will still conscious and at the dining table – so to say his character gave me a sleepless night in this 1991 Best Picture Winner is perhaps an over-exaggeration, but then again he was truly frightening when he escapes his incarceration, which suggests why he was voted the Top Villain Of All Time

‘Silence Of The Lambs’ trailer

Perhaps the supporting character Buffalo Bill terrified me more, not only was he truly disturbed for killing woman for their skin in order for him to make a body suit, but he was loosely based from real murderers –  Jerry Brudos, Ted Bundy and Ed Gein – with the latter also inspiring Norman Bates in ‘Pyscho’ (1960) and Leatherface in ‘The Texas Chainsaw Massacre'(1974). Nothing thrills a horror geek more than believing some of the plot is based on true events – although that term is used so loosely in almost all movies of this genre that I wouldn’t be surprised if a scary movie about a giant people eating dinosaur would have a ‘based on true events’ disclaimer.

‘Silence of the Lambs’ may not be a traditional horror movie, in fact it combined traces of horror, thriller and crime to create its own genre which inspired movies like ‘Kiss the girls’ (1997) and even television programmes such as CSI (2000 – 2015). For inspiring a string of thoughtful and psychological thrillers that came after I give it a 3.5 out of 5. 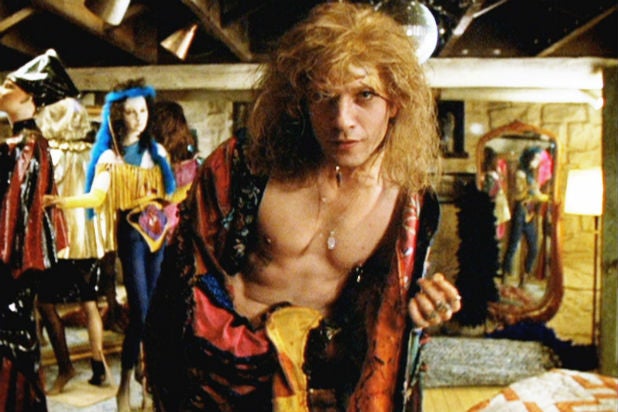 Perhaps in the Twentieth Edition of the Top 100 Films of all time the AFI committee could consider more classic and traditional horror movies like ‘The Shining’ (1980), ‘The Exorcist’ (1973) or the amazing and perhaps my personal favourite ‘Rosemary’s Baby’ (1968) to feature in the coveted list.