It’s been a while since I’ve reviewed a movie from the 1930s for the AFI challenge so I’d thought I’d take it way back to 1935 for the iconic ‘Mutiny on the Bounty’ based on a true story (1935: AFI 1998 #86) staring the George Clooney of the Golden Era Clarke Gable (because the Cary Grant comparisons are absurd – there will never be another actor as effortlessly charming as Grant) playing Fletcher Christian and British theatre star Charles Laughton as villainous Captain William Bligh (yup, they again chose a Brit to play the most hated man in the movie). I actually think that this maybe (correct me if I’m wrong) but the oldest film I have reviewed so far – although I managed to catch Buster Keaton’s silent farcical classic ‘The General’ (1926: AFI 2007 #18) a while back but haven’t managed to write about it because I hope to compare it to Chaplin’s ‘Modern Times’ (1936 AFI 1998 #81, 2007#78) which I’ve yet to see. 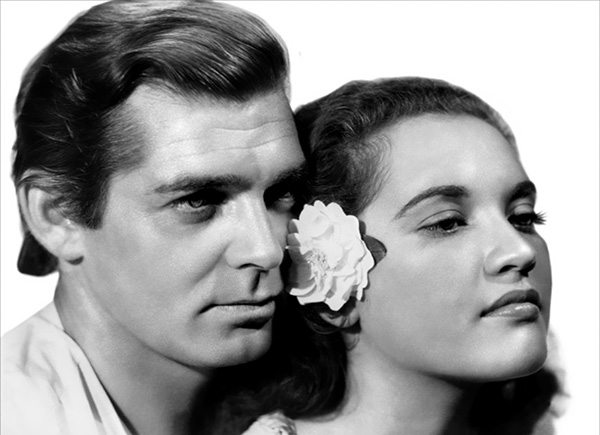 ‘Mutiny’ is a legendary story of how Lieutenant Fletcher of HMS Bounty stages a revolt after witnessing Captain Bligh’s cruel and brutal treatment of his officers and crew on the long voyage to Tahiti in 1787. As a history minor graduate I had heard of this infamous tale, but I decided to take elective’s on the History of Sport and The French Revolution so it never made my syllabus, so I’m not sure if it is historically accurate. However, the fact that central character Roger Byam (played by Franchot Tone) who faces a moral dilemma of obeying his tyrant Captain or following his friend Fletcher into the mutiny was not a real character but based on midshipman Peter Haywood suggests that those wanting to use the flick as a point of reference before their history exam on the event may find that their grade is not as high as they’d hope. And although Captain Bligh has a reputation of being a tormenter he did not flog any of his crew to their death as the film depicts.

The historic event has had such a huge interest over the years that it has been made into a major movie five times – twice before the Gable version and twice after. There has always been a fascination with how or why the revolt took place- was Bligh a sadistic control freak like the 1935 movie depicts? Or was Fletcher and the crew so engulfed in the freedom and sexual liberation they experienced in Tahiti the thought of going back on board to a disciplinary Captain dreaded them so much that they took a huge gamble and staged a revolt as many contemporary historians suggest was the real cause of the mutiny.

Documentary on facts vs fiction on ‘The Mutiny on the Bounty’

We may not know the real cause of the conflict or what really happened when the crew landed in Tahiti (which is now a Honeymooner’s paradise and where the Real Housewives of Beverley Hills spend their summer vacations) but this film does a good job of trying to fill in the gaps. And although it maybe historically inaccurate in some parts – the film is bloody entertaining – I was not expecting to like it so much. It has the suspense of a modern blockbuster and you become so invested in the characters that you are desperate for Bligh (who was voted AFI’s 19th best villain) to have a piece of his own medicine. Charles Laughton who looks like a cross between Boris Johnson and Oscar Wilde is terrific as the ruthless captain who lacks a drop of compassion and Gable comes across as endearing and idealistic that he almost seems like an early prototype of Paul Newman’s character in Cool Hand Luke (1967). I haven’t seen the other versions of this story, but this is the only one that made it into the prestigious AFI top 100 list that it is probably the best version. Even Marlon Brando couldn’t save the 1962 version from it being a huge critical and financial disaster. But it would be interesting to see how Mel Gibson tackles the protagonist and Anthony Hopkins the villain in ‘The Bounty’ (1984). 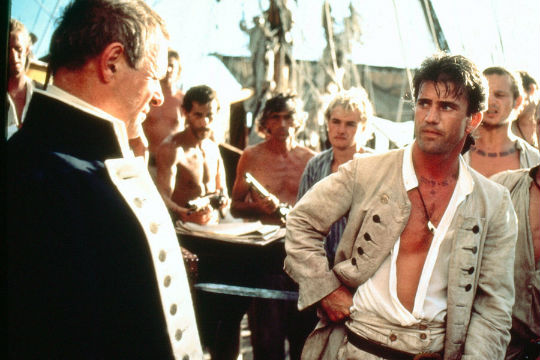 For Bligh’s and moustacheless Gable’s near perfect performance, the cameo from James Cagney and the jam packed action that inspires blockbuster films to this day – I give ‘Mutiny on the Bounty’ a perfect score 5 out 5.